I love this!
A simple concept set to simple music and illustrated in simple fashion.

Krill are one of the most important links in the chain.

But let's not forget: the chain really starts with water. Keep it clean, folks!

How Do I Count the Ways?

This evening I received a copy of my book so that I could personalize it as a send-off for a student who is moving on to greater things.
When I opened the cover I was blown away.

THIS is why I spent 5.5 years constructing the book, and why I'm investing another 4 more years into it's West Coast companion... the book means something. It's doing good work.

The student's name is Rachael, and I've never met her.
But, she's used my book and used it well. Clearly.

I've written my best in my best scrawl in the lower corner left specially for me.
Oh my handwriting is horrible!
("Stick to painting, cousin.")

I hope she's one of many stewards of the future.
Signs point that way... 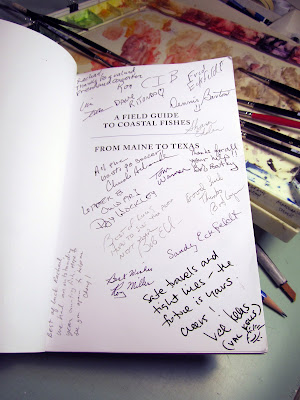 Email ThisBlogThis!Share to TwitterShare to FacebookShare to Pinterest
Labels: Conservation, The Book

For Birds, Bees, and Fish in the Seas... 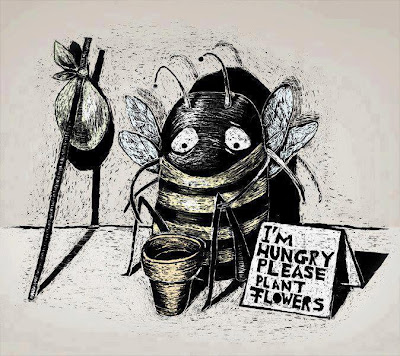 Yeah, yeah, yeah. I know, I know.
I'm on the record as saying that I love all fishes. It's true.
But for Pete's sake, I'm allowed to get tired of certain families of fishes, no? I'm only human, yes?

Having finished illustrating ALL of the Rockfishes for our upcoming book (see post below), I quickly moved on to Sculpins.

So, how do I attack the whole lot without going out of my mind? One complicated illustration at a time.

Below is the Crested Sculpin which is not even a Sculpin -- it's a Sea Raven. This painting is in the final stages of illustration, is about life-size, and took no less than 13 hours to complete. No wonder, it's more exasperatingly complex than any Cottid ever hoped to be. 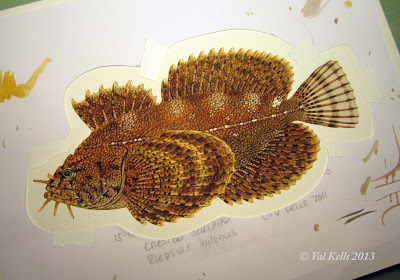 Email ThisBlogThis!Share to TwitterShare to FacebookShare to Pinterest
Labels: Fishy Friday, On The Drafting Table, Rant

Cut a piece of paper into a long, narrow strip.
Fold in half.
Hold the ends of the paper in your fingertips with the apex of the fold pointing up.
The folded paper should look like a tall, skinny tent.

Now, move your fingers up and down in opposite directions:
Right side down, left side up.
Your finger motion recreates the muscle motion at the ray base, moving the ray back and forth.

Now imagine 20 or 30 rays all in sync like a line of chorus girls... undulating.

And THAT is how many fish propel themselves.